The Liga MX (Spanish pronunciation: [ˈliɣa ˈeme ˈekis]) (Liga BBVA MX for sponsorship reasons with BBVA through its Mexican subsidiary BBVA México), is the top professional football division of the Mexican football league system. Administered by the Mexican Football Federation, the league comprises 18 clubs with plans to add 2 more teams. The season has two tournaments: Apertura, which starts in the summer, and Clausura, which starts in the winter. The first 4 teams in the table at the end of the regular phase of the tournament qualify to the liguilla ("mini-league", or "playoff"), while the next 8 teams qualify for another playoff that determines the next 4 liguilla spots. The league is considered the strongest in North America, and among the strongest in all of América. According to the International Federation of Football History and Statistics, the league currently ranks 20th worldwide and was ranked as the 10th strongest league in the first decade of the 21st century (2001–2010). According to CONCACAF, the league – with an average attendance of 25,557 during the 2014–15 season – draws the largest crowds on average of any football league in the Americas and the third largest crowds of any professional sports league in North America, behind only the National Football League and Major League Baseball, and ahead of the Canadian Football League. It is also the fourth most attended football league in the world behind Germany's Bundesliga, England's Premier League and Spain's La Liga.Of the 56 teams to have competed in the league, América has won the title 13 times, followed by Guadalajara (12), Toluca (10), Cruz Azul (8), León, UANL and UNAM (7), and Pachuca and Santos Laguna (6). The last league champions are Monterrey, who won the Apertura 2019 tournament.
Get all relevant Liga MX videos 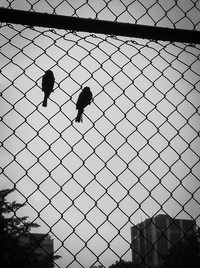