Juventus Football Club (from Latin: iuventūs, "youth"; Italian pronunciation: [juˈvɛntus]), colloquially known as Juventus and Juve (pronounced [ˈjuːve]), is a professional football club based in Turin, Piedmont, Italy, that competes in the Serie A, the top flight of Italian football. Founded in 1897 by a group of Torinese students, the club has worn a black and white striped home kit since 1903 and has played home matches in different grounds around its city, the latest being the 41,507-capacity Juventus Stadium. Nicknamed Vecchia Signora ("the Old Lady"), the club has won 36 official league titles, 13 Coppa Italia titles and nine Supercoppa Italiana titles, being the record holder for all these competitions; two Intercontinental Cups, two European Cups / UEFA Champions Leagues, one European Cup Winners' Cup, a joint national record of three UEFA Cups, two UEFA Super Cups and a joint national record of one UEFA Intertoto Cup. Consequently, the side leads the historical Federazione Italiana Giuoco Calcio (FIGC) classify whilst on the international stage occupies the sixth position in Europe and the twelfth in the world for most confederation titles won with eleven trophies, as well as the fourth in the all-time Union of European Football Associations (UEFA) competitions ranking, having obtained the highest coefficient score during seven seasons since its inception in 1979, the most for an Italian team in both cases and joint second overall in the last cited. Founded with the name of Sport-Club Juventus, initially as an athletics club, it is the second oldest of its kind still active in the country after Genoa's football section (1893) and has competed uninterruptedly in the top flight league (reformulated as Serie A from 1929) since its debut in 1900 after changing its name to Foot-Ball Club Juventus, with the exception of the 2006–07 season, being managed by the industrial Agnelli family almost continuously since 1923. The relationship between the club and that dynasty is the oldest and longest in national sports, making Juventus one of the first professional sporting clubs ante litteram in the country, having established itself as a major force in the national stage since the 1930s and at confederation level since the mid-1970s and becoming one of the first ten wealthiest in world football in terms of value, revenue and profit since the mid-1990s, being listed on the Borsa italiana since 2001.Under the management of Giovanni Trapattoni, the club won 13 trophies in the ten years before 1986, including six league titles and five international titles, and became the first to win all three seasonal competitions organised by the Union of European Football Associations: the 1976–77 UEFA Cup (first Southern European side to do so), the 1983–84 Cup Winners' Cup and the 1984–85 European Champions' Cup. With successive triumphs in the 1984 European Super Cup and 1985 Intercontinental Cup, it became the first and thus far only in the world to complete a clean sweep of all confederation trophies; an achievement that they revalidated with the title won in the 1999 UEFA Intertoto Cup after another successful era led by Marcello Lippi, becoming in addition the only professional Italian club to have won every ongoing honour available to the first team and organised by a national or international football association. In December 2000, Juventus was ranked seventh in the FIFA's historic ranking of the best clubs in the world and nine years later was ranked second best club in Europe during the 20th Century based on a statistical study series by the International Federation of Football History & Statistics (IFFHS), the highest for an Italian club in both.The club's fan base is the largest at national level and one of the largest worldwide. Unlike most European sporting supporters' groups, which are often concentrated around their own club's city of origin, it is widespread throughout the whole country and the Italian diaspora, making Juventus a symbol of anticampanilismo ("anti-parochialism") and italianità ("Italianness"). Juventus players have won eight Ballon d'Or awards, four of these in consecutive years (1982–1985, an overall record), among these the first player representing Serie A, Omar Sívori, as well as Michel Platini and three of the five recipients with Italian nationality as the former member of the youth sector Paolo Rossi; they have also won four FIFA World Player of the Year awards, with winners as Roberto Baggio and Zinedine Zidane, a national record and third and joint second highest overall, respectively, in the cited prizes. Additionally, players representing the club have won 12 Serie A Footballer of the Year awards including the only goalkeeper to win it, Gianluigi Buffon, and 17 different players were inducted in the Serie A Team of the Year, being both also a record. Finally, the club has also provided the most players to the Italy national team—mostly in official competitions in almost uninterrupted way since 1924—who often formed the group that led the Azzurri squad to international success, most importantly in the 1934, 1982 and 2006 FIFA World Cups.
Get all relevant Juventus videos 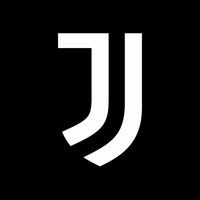 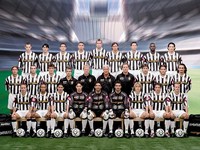 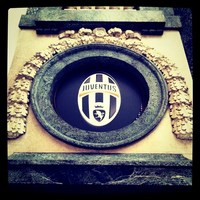 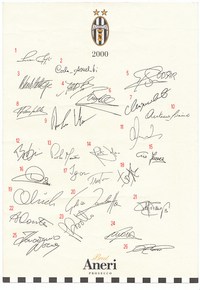 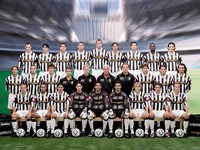